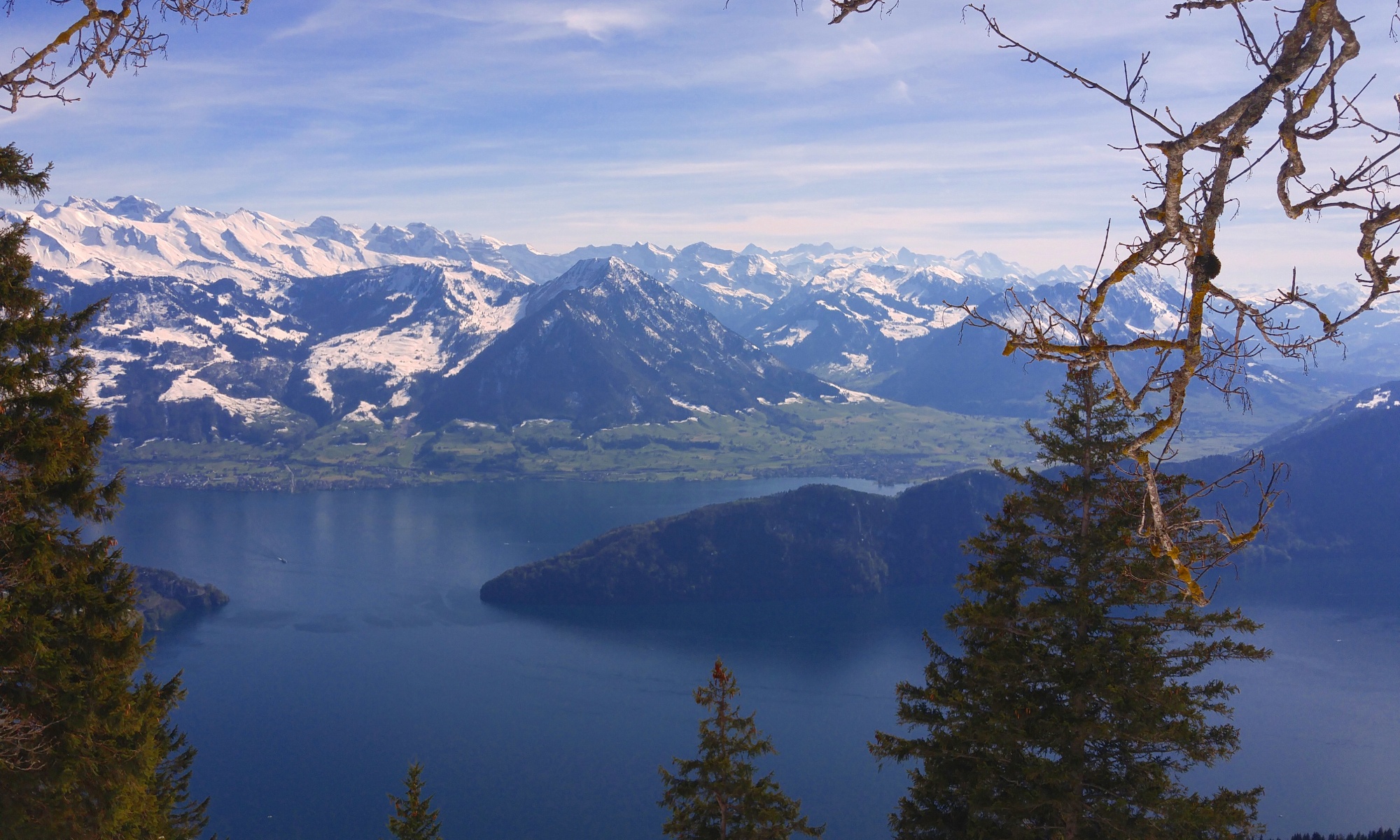 I had never really thought much about Switzerland before Monika from Destination Humanity encouraged me to visit. Sure, I had seen pictures and Rick Steves specials (my mother watches a lot of PBS) but it didn’t occur to me as a place I was dying to visit. But it turns out you should visit it, because in person it is amazingly, staggeringly beautiful.

What cameras fail to capture is the crisp mountain air, cleansing your lungs of the coal-and-tire-burning pollution. (Yes, they still burn coal in Poland and sometimes they burn old tires??) It fails to capture the feeling of awe as the train rounds a corner to reveal a sparkling lake sitting before another snow-capped peak, in a valley full of Alpine cottages and stone churches. It’s been seen so many times in movies that it doesn’t feel real until it’s there, in front of you, the same sun that’s hitting the mountain touching your face.

I arrived on a sunny Saturday after an unseasonable spring snowfall two nights before. The mountains (and even some of the towns) were still blanketed with white, but it was warm enough to wear a dress with light tights and a thin sweatshirt. The combination of perfect snowy hillsides with comfortably warm weather made everything more magical, like this place couldn’t possibly be real.

As we hiked and picnic’d on mountains and almost died because we took the wrong path and nearly missed the last gondola down the slope on a Sunday afternoon, every turn was simply breathtaking, in a way that seems so cheesy, you want to add a curse word or two to your blog entry so it doesn’t sound like you’re shamelessly promoting the Switzerland Board of Tourism.

Then after you’re done hiking around the mountains and deciding which chalet you’ll break into and spend the night just in case you get stuck on top of this mountain at nightfall (I’m sure the owners will understand that we just didn’t want to die), there’s the rest of the country. Charming cities and towns and lakes, some French, some German, some both. Chocolate factories. Cows and goats and sheep lounging around picturesque green fields, the sounds of their bleeting harmonizing with the bells around their necks. An amazingly on-time and efficient train system that can take you to the smallest village, even though you might need to pay for five day passes with your first-born child.

So save up your dollars, because you should definitely see Switzerland at least once, even if you end up penniless and poor afterwards.