After totaling up my reading from last year and seeing POC and WOC so woefully underrepresented, I decided all my readings this year will be by woman or POC. I was also inspired by these reading lists, full of women and intersectional feminism, waiting to be devoured.

I also decided, perhaps somewhat foolishly, that I wanted to read 25 books by the end of September. Why until September? Because that’s when I’m starting a masters program in Spain, and I assume after that my life will be swallowed up in an abyss of term papers and sorrow. (It’s a one year, 60 credit masters program, therefore almost all waking hours will probably be devoted to classes, reading, and staying afloat via part-time jobs.)

So here I am, attempting to read more books in nine months than I read in the past twelve. Am I foolish? Probably. But here goes.

I have long lists of books I would love to read, but considering the whole grad school factor, I decided to start the year by stocking up at the English language library in Wrocław. After all, what’s better than free books, right? I might have to delay buying all the pretty, shiny new release off this list, but then again, that’s what Amazon wishlists made public are for, right? (wink wink)

After the Quake, Haruki Murakami

Yes, more Murakami, because I’m hopelessly in love with his weird stories and staccato writing style. (Did you know he would write a story in English, then translate it back to Japanese to get that style? He explains that it forces him to be clear and keep his sentences short, giving them his distinct literary rhythm.)

All of these stories are connected to the 1995 Kobe earthquake. They are weird and magical and profound as anything Murakami has ever written. My favorite is about a woman who wonders if her hatred for someone who wronged her caused the earthquake in the first place.

Ok, so this book is definitely the epitome of white people problems, but it’s still quite good. I knew the Zelda Fitzgerald, wife of F. Scott Fitzgerald (author of The Great Gatsby) was a much-maligned and marginalized figure, but her life is fascinating and all of his work is inextricably linked to her. He basically owes her a debt for his accomplishments, as every one of his novels is based heavily on her, and he lifted phrases and passages verbatim from her journals or letters for his work. And get this: after he based all his female characters on her, based many events in his stories on their marriage, and also literally plagiarized her private writings, he had the chutzpah to get mad when she wrote her own fiction that drew heavily on their life and marriage as well! All in all, Scott Fitzgerald was kind of a dick.

Anyway, from reading this biography, it sounds like Zelda’s own work was not much for coherent or well-paced plots, but she certainly did write some beautiful prose:

All these bedraggled wan spectres seemingly so immersed in the pattern of tragic futility were very much engaged in turning accident into memoir. They imagined things about themselves, then forgot the thread of the current romance and disintegrated through the fumes of the night in search of the story of their lives

I think of you and the many mornings that we have left believing in new places together. This country is so nostalgic with its imperative possibilities of escape from the doom of the mountains… 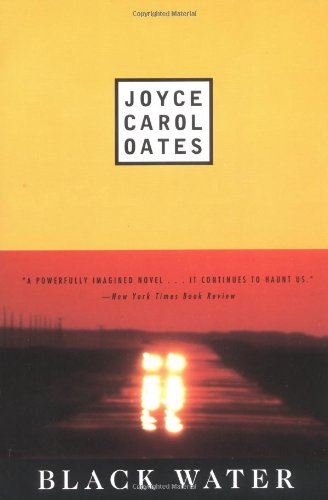 A stream-of-consciousness story, unfolding and doubling over the moment of and moments leading to a tragic accident. An analysis in tragedy, and also in ‘what were you thinking??’

A stream-of-conciousness tale (I guess I have A Type) of the crossroads between race and gender and class in modern Northwest London. Reminds me of Mrs. Dalloway by Virginia Woolf in a lot of ways, only not so many white people. (London has changed since the 1920s, after all.)

So while the world is burning, I’m off to a good start on my book list. Remember, they can legislate our bodies but not our minds. Reading stories by and about women, POC, immigrants, LGBTQ individuals is the best way to remember the humanity we are fighting for.

8 Replies to “January Reading & some hope to keep going”